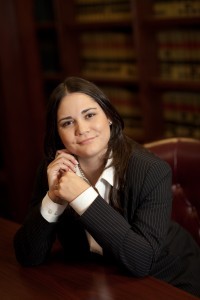 Welcome.  My name is Sofia Lingos and I would love to discuss how I can assist you in legally achieving your business goals.  I have a passion for providing accessible legal services to small businesses and start-ups to ensure their protection and promote growth.  I believe that employing a client-centric approach is critical to a successful partnership between a client and counsel.  I strive to eliminate the barriers established by the legal system and ensure clarity throughout the process.  I welcome any questions and an opportunity to introduce myself further.

Attorney Lingos’s primary commitment is to her clients and practice.  She is also an Associate Professor of Law at Northeastern University School of Law.  To learn more about her prior positions and academics endeavors click here.

“I do it for the clients, not the notoriety, but it is nice to be recognized.”

“I am deeply committed to community work within the Commonwealth and across the nation.  I also enjoy being active within professional organization.”